Meet the Festival of Faerie cast! These are just a few of our wonderful and fabulous cast members you can be sure to see in the kingdom through the day.

Tomas O’Dreams has been entertaining both adults and children since 1987. Usually this trickster can be seen at Renaissance Festivals and Fairy Events around the Colorado area. Tomas is quick to tell a story or share the secrets of Fairy life to those who listen.

Salzano (the character) represents the fine line between right & wrong and the struggle between our human nature and the divine as Salzano struggles with his knowledge of a Almighty God. In the world that Salzano inhabits, black & white are not so clearly defined, as most live in a gray void of morals & ethics, where the definition of God & Christ to a person is one of an intimate relationship that defies the dogma of black & white. The question becomes, where does God’s redemption & righteousness begin and man’s interpretation of those end?

“The first con that I attended was AWA ’96. I cosplayed as ‘Devil Hunter Yohko’ and had a wonderful time! By ’98 I was competing in masquerades at Master level, & was extremely fortunate to work as a booth model for several companies. In 2000 the CEO of SyCoNet Productions asked me to be the company’s spokesmodel, which was AWESOME!!! I met Jason (my husband) at DragonCon ’00. He had been working in the American Comics field for several years, and encouraged me to pursue a career as a colorist. This led me to do freelance and contract work with many companies, including Marvel Comics, Sony Computer Entertainment America, Ziff Davis, ToyVault, PSM Magazine, Google, and Image Comics to name a few.Since my first appearance as a cosplay guest at Katsucon 1999, I have been honored to be a cosplay judge and/or guest at several conventions throughout the country. Some of which include Otakon, Katsucon, Anime Weekend Atlanta, Dragoncon, Nan Desu Kan, Anime Express, Realms Con, Starfest, Animeland Wasabi, Neko Con, and many more!”

The Fairy Doll comes to life, and with her magic, she brings all the toys to life.

Keep checking back …This page is still under construction, but there are many more characters. Our faeries are hard to round up, so please give us a moment!

Festival of Faerie is an annual summer festival open to the public in its ninth year. This year, the festival is scheduled to take place Saturday June 4th 2022 (June 5th rain date) in Festival Plaza in Lafayette, 311 S Public Rd, Lafayette, CO 80026. 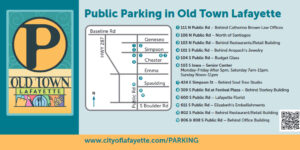